Here is a my pick of the best fundraising related posts this week.  Enjoy.

How often is too often?  Can you over mail your donors?  Jeff Brooks discusses.

Some tips from Katya about getting Board Members / Trustees fundraising for you.

Mark Earl's over at the 'Herd' blog makes some interesing points about talent and market research.

Margaux O'Malley wonders if charities can be funny and gives some recent examples.

I've already discussed these two stories on the blog, but Allison Fine asks whether the time is right for a new relationship with donors? And Nancy Schwartz asks how your organisation can share more of itself?

Finally for this week, Seth talks about nostalgia.

Have a great weekend!

Bad fundraising: No call to action!

Howard Lake praises a couple of charities for capitalising on the recent MP's expenses scandal.

Whilst I agree with Howard that they've produced a couple of humourous, timely and creative campaigns for me they both lack a clear and direct call to action.

In the Centrepoint ad they give a website and text number and ask people 'to be part of this work', but for me that is far too vague.  Do they want volunteers?  Monetary support?  The clearer and more succinct with your call to action you can be, the more effective it will be.

Being generous and connecting with your donors

Allison Fine has a thought provoking post about moving from the transactional database approach of fundraising to a more networked one that joins like minded donors together and gives them the tools to communicate.

She compares it to the rise of giving circles and why people want to feel a sense of belonging (for more on this check out the 'Herd' blog) and gives some good ideas of how charities could achieve this.

On a similar theme, Nancy Schwartz gives a number of examples of how charities have been generous and strengthened interest, understanding and empathy with their supporters.

Being generous doesn't have to be about money.

You can be generous with time, information, by listening etc, etc.  Any time you can find an opportunity to be generous to a supporter you should take it.  They won't forget it and you won't be disappointed you did.

Bad Fundraising: Not making the most of your opportunities 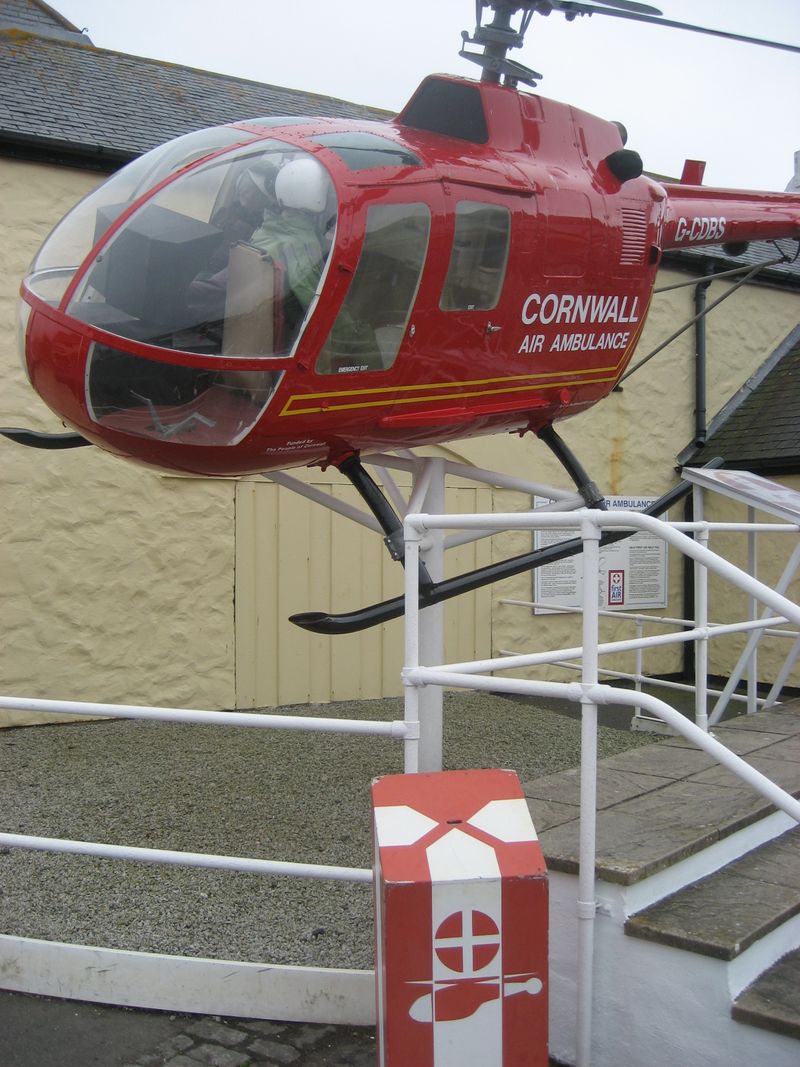 Took this photo on a recent trip to Lands End. The Cornwall Air Ambulance have an eye-catching replica model of one of their helicopters on display, which attracts lots of attention and even on a wet Wednesday had loads of tourists taking photos.

They have a collection box for donations (the red and white box above), but completely miss the most of the opportunity to raise funds for their cause. There are a couple of main reasons for this:

In the 20 minutes I was observing (over a lovely warming hot chocolate!) 16 people took a photo of the ambulance, not one person donated and only one person had a look at the board.

By making a few low cost changes I’m sure this site could be a real cash cow for them and raise tens of thousands of pounds for the cause.

Here’s what I’d do differently:

Can nostalgia help your fundraising?

Seth is talking about nostalgia, how it is a basic human emotion and much under-utilised by many marketers.

This complements an article at Third Sector (registration required) in March about a study that showed how nostalgia could, if harnessed correctly, encourage donors to give (although Jeff had his doubts.)

We sometimes forget in fundraising to look backwards and see where we've come from and share past memories and stories with our supporters.

For nonprofits with long histories I definitely think it is something that you should look to test.

My nonprofit has recently done a nostalgic test mailing to donors with a connection to our founder and it's had some fantastic results.

Some donors who haven't given for years have given again.

In a number of cases the nostalgic element has prompted people to give their largest ever gift (in one case over 50 times their previous largest donation) and has produced a stream of correspondence (together with a gift) as people recall meeting our founder.

As some wag once said, "nostalgia ain't what it used to be", but it is certainly something that can be used successfully by fundraisers to the right audience.

This week's best blogs and articles

I hope you'll enjoy the selection of articles, news stories and information that i've picked out this week.

If you have any questions, comments or feedback then please let me know.

Seth is planning on updating his seminal book "Purple Cow" in the Autumn and is looking for some modern day 'purple cows' to include in it.

In the world of fundraising Purple Cows are few and far between, but I can think of a couple that stand out for me:

What can you turn into a purple cow in your organisation and do you have any other examples you'd like to share?

p.s. for a definition of a 'purple cow' see here!

Professional Fundraising report on Intelligent Giving's attempts to measure which charities spend their money most effectively.

Intelligent Giving has come in for a lot of stick since it's launch (some deserved, some not), but I still maintain it's an admirable attempt to inject greater transparency into the sector.  A number of charities have greatly improved their reporting after stick from Intelligent Giving and you just need to look at the current MP's expenses debacle for what happens when transparency is lacking!

That said, I do think it's current approach rewards charties with the best marketing and PR teams, as it is reliant on the publications from charities for it's assessement.  I don't think it's coincidence that CRUK are the largest fundrasing charity and also have one of the most highly rated annual reports...

It's a brave and bold attempt by Intelligent Giving to try and improve what they are doing and to stand out from other comparison sites, such as Guidestar and the Charity Commission, however it will be a tough ask.  You only have to see the cynicism and disparaging comments on the original story to see the challenges they face, but I wish them the best of luck.

The latest Institute of Fundraising newsletter members contains a couple of interesting articles, with my favourite being this one: reminding people about some of the key facts and fundamentals of legacy marketing.

Richard Radcliffe's 'Seven Keys to Success' should be etched into every fundraisers mind, as every fundraiser (regardless of discipline) should be promoting legacy giving when the have the opportunity to do so. What Richard doesn't know about legacies probably isn't worth knowing. If you're interested at all about legacies, then do try and hear Richard speak.

As well as being highly entertaining, he is also extremely knowledgable and has conducted thousands of focus groups and interviews with potential legators.

Reaching for the stars...

Interesting to read about the NSPCC's record fundraising month in Professional Fundraising.

I'm a big admirer not only of the work they do, but also the quality of their fundraising. They've been innovators for a number of years (things like their Donor+ programme) and constantly look for new ways to fundraise.

One thing I think they are particualrly great at is setting 'stretch' targets. If you actually read the story you can see they actually failed (by a long margin) to reach their £2 million target, but Giles Pegram (Director of Fundraising) didn't seem to be too concerned.

In fact, the NSPCC have a history of setting big targets and missing them by long margins. For example, the 'Full Stop' campaign missed it's original fundraising target by miles, but was deemed a huge success and held up as a great example of a successful fundraising campaign.

I agree with the NSPCC's philosophy: it's better to miss a stretch target of £2 million, but raise £1.3 million, than set a highly achievable, but low target of £500k and over achieve it by £250k. It's all about expectations and trying to over achieve.

One final point, given how many small charities are genuinely struggling in the recession, was it ethical for the NSPCC to launch a £2 million 'emergency' appeal when the Charity Commission shows they have over £73 million in long term assets? Food for thought...