The building blocks of donor magic

To my mind, they are a number of key building blocks for creating donor magic and I’m going to talk through each one.  The first one is all about listening.

If you’re like me then your mother probably often told you as a child that you have two ears and one mouth for a reason.  As usual, mum was right!

Actively listening to donors is absolutely key to being successful in fundraising.

A simple formula for improving your listening skills.  If you can’t listen and react appropriately to donors then you ain’t going to create donor magic.

It’s about the notes that donors write on letters and picking up on the subtle hints they contain; it’s about the non-verbal clues and body language people portray; it’s to hearing through the grapevine that someone isn’t happy and doing something about it; increasingly it’s about listening to what people are saying about you on Facebook, on blogs etc.

Good active listening isn’t easy.  It takes work and practice, especially if the conversation you’re in isn’t particularly interesting, but it is absolutely essential if you want to engage and gain the trust of supporters.

Always be yourself in any dealing with supporters. It is imperative that you don’t try and be something you’re not.  People will see straight through it.

In terms of fundraising this means developing your own story and way of saying things.

Develop passion and enthusiasm based on your own experiences and knowledge.  Don’t sound formulaic and uninspired.

Back your words up by your actions and consistently behave in a way that reflects your values and beliefs.

“To thine own self be true”

but being true to myself I prefer this quote from Dr Seuss:

“Be who you are and say what you feel, because those who mind don't matter, and those who matter don't mind”

I was going to paraphrase a blog post from Tom Peters here about being irreplaceable, but rather than rehash what has already been said, I thought it would be better to send you direct to the post.

The brain is a fickle beast.  It processes huge amounts of information every day and only retains a tiny proportion of the images, sights and sounds that we experience.  So how do we overcome this natural deletion and create encounters with donors that will stick in their memories?

By constantly looking for ways to go ‘beyond the norm’ we can create encounters with donors that will be unexpected, unique to your organisation and which will surprise and delight donors.

Consequently these interactions will have a much better chance of being remembered and recalled by donors in the future.  This means the next time we encounter the donor (be it face to face, through direct mail, on the phone etc) they will remember fondly the previous encounter, which will increase their propensity to give.

How often have you spoken to a donor who can’t remember giving to you previously?

This is because we haven’t done enough (either through the thank you letter or follow up) to surprise and delight them.  Consequently, the brain hasn’t stored the memory.

“Engage the imagination, then take it where you will.  Where the mind has repeatedly journeyed, the body will surely follow.  People only go to places they have already been to in their minds.” Roy H. Williams

Those are my key building blocks to creating donor magic.  If you've any others then I would love to hear them.

Next week I will be looking at some of the obstacles to creating donor magic.

Donor Magic: Getting the basics right

Following on from last week's article on 'What is donor magic', this week i'm going back to basics and considering what are the basic things you need to get right before trying to it.

Steve Yastrow in his free e-book "Encounters: The Building Blocks of Relationships"

(based on his book, which i've ordered from Amazon and will review once I've read it) says that whenever you intereact with a donor (or customer) one of three things can happen:

Our aim has to be that every interaction we have enhances the relationship with the donor.

However, there is no point creating magic if you don’t have the basics right.  This means it’s imperative that we get the transactional parts of the relationship correct and don't do anything that makes it deteriorate.

Getting the basics right is the bare minimum and is not enough by itself.   It only stops the donor not saying anything negative and grants permission for us to ask or talk to the donor again in the future. It is amazing how many charities fail to even get these basics right.

Research by Adrian Sargeant1 showed that only 22% of donors stop giving because they can no longer afford to give.  Other major reasons to lapse are:

To really inspire and motivate donors to give again we need to create magic and next week I'll look at how you can go about doing this.

This is the second post in my series on what I call 'donor magic'.  This week i'm looking at my definition of donor magic and what it helps achieve. 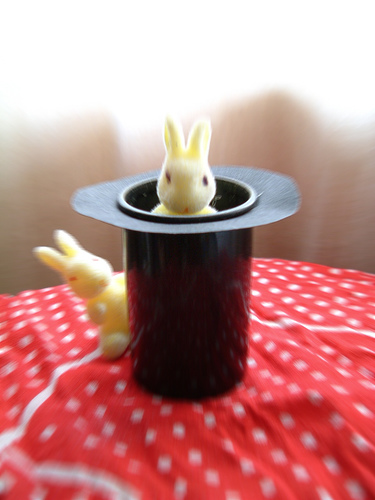 What is donor magic?

I’ve already given one example of what donor magic is, but here is another story that gives a practical example of it in action:

This story comes from a U.S. capital appeal for a modern art gallery.  Often the contributions made by major donors are recognised by plaques, clocks, mementoes etc, but these can become a bit staid and run of the mill.  The gallery fundraising director wanted to do something different and creative.  Instead of the usual items, he got some local up and coming artists to donate a number of original artworks to present to major donors.

How great is that?

An item that is relevant to the appeal and a permanent reminder of the donation that the person made. When the art is hanging on the wall at the donors home or office it is going to constantly remind them about the gallery and is likely to be a talking point for guests/colleagues etc and generate lots of positive word of mouth.

Next time they want to donate to an art related project, who are they going to approach  first?

So, donor magic happens when the fundraiser does something that goes beyond the expected and transactional when dealing with a donor.

My working definition is:

Donor magic: An encounter with a donor that exceeds expectations and prompts the donor to:

·        Increase their support (both financially & non-financially) of your organisation.

·        Tell other people about the positive experience.

What does donor magic achieve?

If you can create donor magic on an on-going sustainable basis then you will increase the loyalty, commitment and engagement of your supporters. Ultimately this will lead to more funds being raised for your charity.

Simply put creating donor magic is critical for successful fundraising and next week I will be looking at how you get the basics of donor magic right.

Over the next few weeks i'm going to be writing about what many people call stewardship or donor care, but which I prefer to call 'donor magic'.  I'll be talking through the concept, the critical success factors, the barriers you need to overcome and my personal thoughts on the concept. 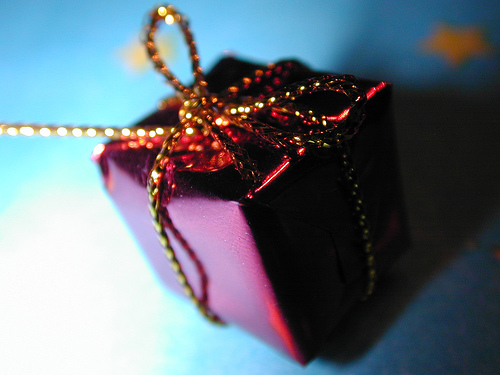 However, I thought i'd start with a story illustrating what I mean.

The story comes from a presentation I attended by the NSPCC's stewardship team.

The had quite a high profile committee who organised an annual fundraising event.  They wanted to do something extra to thank them for all their hard work that went beyond the normal flowers or wine.

What they came up with was simple and low cost, but also individual and unique and strengthened the relationship with the charity.  They gave each member of the committee a special gift box that contained photos from past events, along with hand written thank you cards from some of the children who would benefit from the project the event was raising money for.

The committee members were delighted with this thoughtful and relevant gift and no doubt they told all their friends and family about it, creating some great word of mouth for the NSPCC.